Last month, volunteers from the animal welfare group Viva Bicho Santos rescued a frightened stray dog who’d been found crying on the streets in Brazil. The dog, whom they named Samanta, was pregnant, but she was also in very poor health,.Sadly, despite now being in good hands, Samanta’s fragile body proved too weak to carry her babies to term.

Her motherly instincts, however, continued to live on without them.After the loss of her babies, Samanta’s rescuers tried their best to cheer her up. They got her gifts in hopes they’d help ease her heartbreak.Instead, they only seemed to remind her of what she’d lost.“We threw several toys on the floor in an attempt to make her play, but we saw that she picked them up one by one and took them to her bed.”

Viva Bicho Santos wrote in a post. “Samanta adopted the toys as if they were her babies, and now she is licking and taking care of them.”

It was Samanta’s bittersweet way of coping:

Samanta had so much love to give, but in the end, the toys she doted on like a caring mom would never love her back.

But rescuers knew of someone else who could. 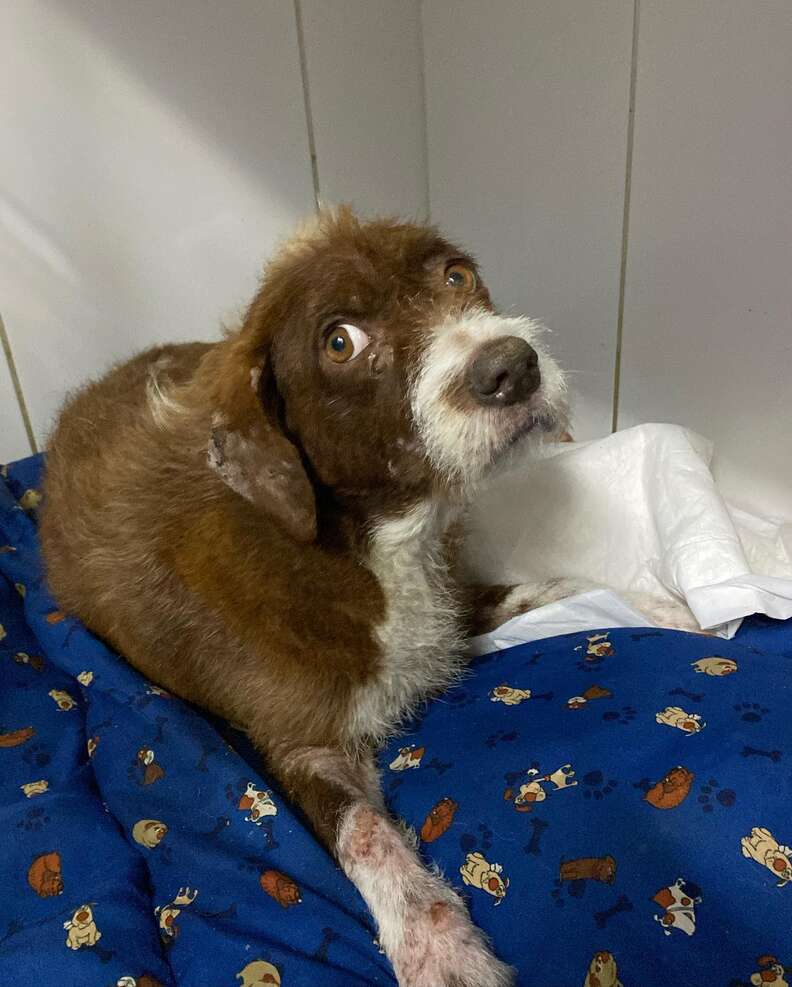 VIVA BICHO SANTOS
Samanta’s rescuers had recently taken in a younger stray dog named Sara, who seemed anxious and lonely without the guidance of a parent.

So, it was decided the two should meet. And soon both their hearts were healed. 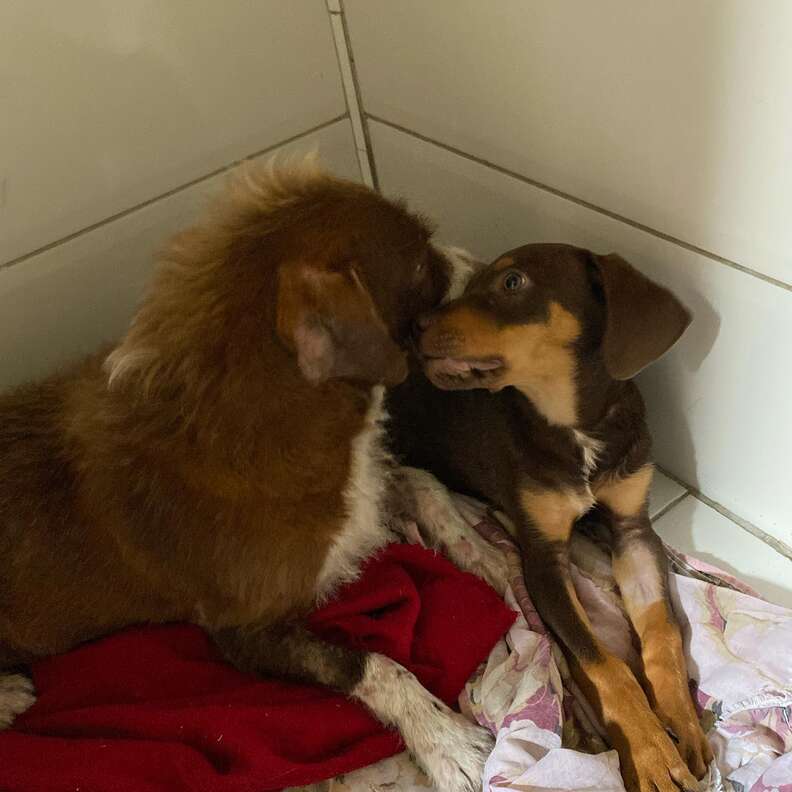 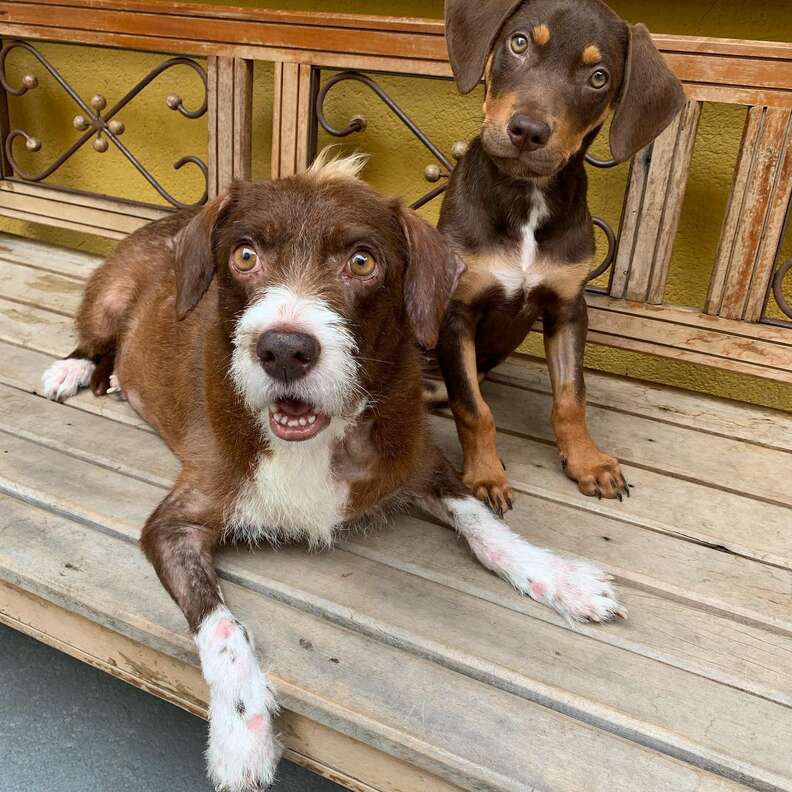 Samanta’s weakened body still needs some time to fully recover, but thanks to Sara, her heart is well on its way to healing as well.

And with any luck, when the time is right, Samanta and Sara will find even more love with an adoptive family in a forever home of their own.