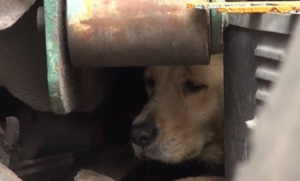 Before Hope for Paws was contacted to assist her, Clarabelle was a terrified Golden Retriever who had been living as a stray dog for several weeks.
No one could approach her, despite the fact that kind strangers had been feeding her, writes reshareworthy.
She had been receiving food from kind strangers, but nobody was able to approach her.
Five times were spent searching for her until Hope for Paws discovered where she was hiding.
She was so terrified when Eldad Hagar walked up to her that she covered her eyes like a scared little girl. 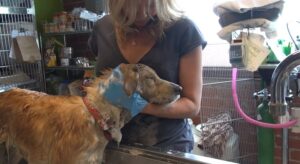 But her reaction once she was saved is amazing! The young, friendly retriever is now with Southern California Labrador Retriever Rescue where I’m pretty sure she’ll find a forever home.