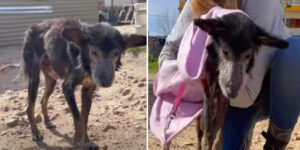 People occasionally bring their animals in to be put to sleep.

Most of the time, pet owners who genuinely love their animals do this for them.

That wasn’t the case,however, for a dog named Pote. It seems as if his owner brought him in to have him put down but it was because they said he refused to eat. 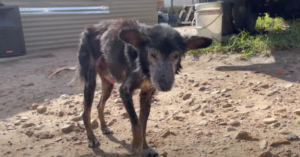 They examined him thoroughly to see whether he had an illness or parasite rather than just respecting that person’s desires. They also placed a dish of food in front of him, and he devoured every morsel. 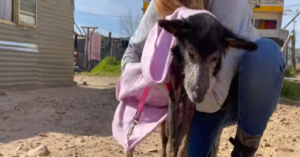 After getting that attention, however, he was placed in a loving home where he will have plenty of love and will live out the rest of his life as a happy dog.

The video below demonstrates how much care Pote required. 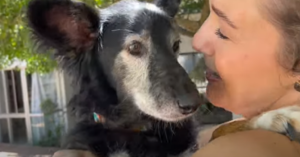 But after receiving that care, he was given a loving home where he would experience a lot of affection and live out the rest of his days content.

Below,you can see his dramatic transformation: