A photographer named Wesley White was traveling in Belize for business,so he was excited to explore the beautiful island and take some photos. With very little free time on his hands,he was looking forward to enjoying a wonderful trip! 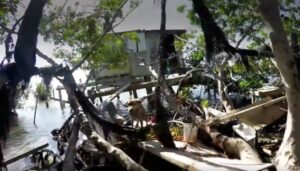 To his surprise he found a starving puppy.The dog was skin and bones but very friendly.He called out for people but no one was around. Wesley had no idea how the dog ended up on the deserted island,but he knew he had to save the pup.

But Wesley faced a challenge. He related to the Dodo that he only had 36 hours until he was to leave Belize. He wondered if he would be able to get the help he needed to save the puppy in time. 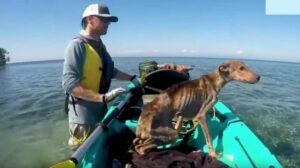 As soon as he arrived back at the hotel people pitched in to help, getting cans of dog food and the bartender called friends to find a vet. Wesley brought his rescue, now named Winston, to the mainland to visit the vet but he could only stay for a very short time. 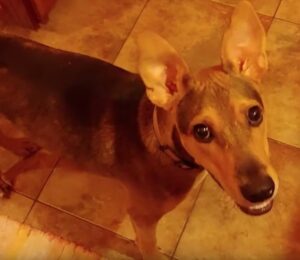 But Wesley and Winston’s reunion was still a little way off. Wesley had to make the drive in the middle of January from from Montana to Dallas. And Wesley wondered, would Winston recognize him.

Watch how destiny brought Wesley and the starving puppy together and their reunion after a long journey in the heartwarming video below.