Rome is a 5-year-old German shepherd who likes going on trips with his family. He enjoys swimming and hiking,and he occasionally runs ahead of his family on the trails,which is how they discovered that some people seemed to be terrified of him. 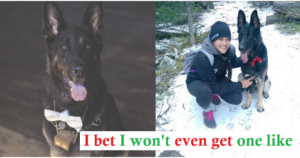 Compared to other German shepherds of the same age,  Rome is about half a foot taller, which can be intimidating.  In his experience, his family has learned that some people are terrified of German shepherds because of the misconception that they are a “dangerous” breed. However, Rome has always been a benevolent power.

“He is the original baby of our family,” Rome’s mother, Mercedes Provost, told The Dodo. “He is quite cuddly and loving. Rome loves other dogs and is also wonderful with our 9-month-old son, who loves to play with his tail.” 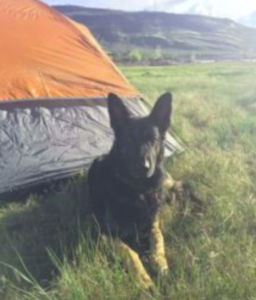 While hiking, Provost saw that people would ask Rome whether he was friendly while backing away from him,so she had to be concerned about him coming across people on the route before the rest of his family had come up, as she didn’t want him to shock anybody. She was anxious to find a solution – and then one day, she unintentionally discovered it.

When Rome first started wearing his bow tie in public, he noticed a change in how people responded to him.It was his bow tie, not his size, that caught their eye, and this helped them see what a goofy, lovely dog he really is.

He can now travel on all the trips he wants with his family, and he can easily approach anyone for petting and affection, since that’s all this huge, wonderful guy truly wants.