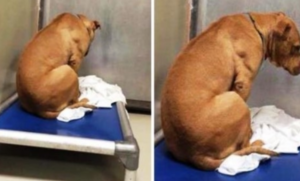 March the homeless Pit Bull was a laid-back, cheerful dog when he was being rescued from the streets.

The workers at the city shelter in Philadelphia were sure that this charming and well-behaved youngster would find his perfect family soon. But March’s time in the shelter quickly became a terrifying nightmare. 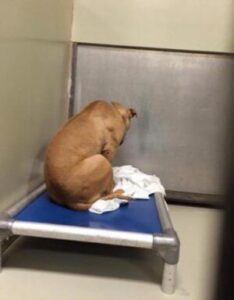 March wasn’t used to living in small cages surrounded with other frightened animals that were up for adoption. He felt the mental toll of this, and his flame started to fade. The biggest setback for him, though, was being turned down by a family who had committed to adopt him because he wasn’t as “playful” as they had expected. 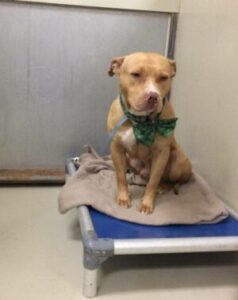 When March found out that the family that had chosen him had eventually canceled the adoption and brought him back to the shelter, he was heartbroken. March appeared discouraged and sad after returning to his cold kennel. He slouched to one corner and refused to speak to anyone as he gave a sad stare at the wall. 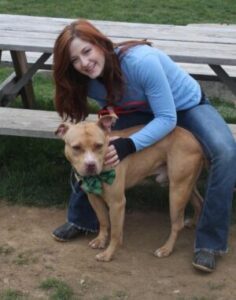 When Dawn Timmeney, a local news reporter, learned about March, she made the decision to post his tragic story on social media. The haunting photos of March in his dejected kennel pose attracted a lot of community attention, and that changed the sad dog’s life forever ! 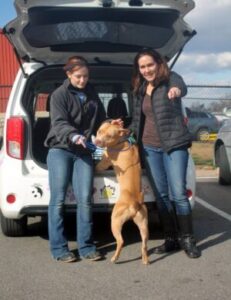 Three days after Dawn posted something on social media, someone offered to save March before his time was up. March’s successful escape from the shelter was a rare case of triumph.

The brand-new rescue is a no-kill group that will look after March until he finds his forever family. While the ending of March’s story is positive, millions of shelter dogs are put to sleep because they are unable to adjust or find homes in time. Let’s do our share to speak up for these unfortunate souls.

Click the video below to watch how March’s picture as a depressed dog bailed him out when he was too sad to face the world.