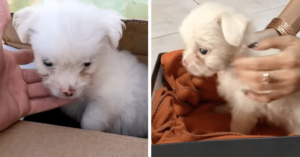 It’s very selfish and heartless to abandon your pets, which you should treat like your own children. They don’t deserve to be moved to the streets, whether they are cats, dogs, birds, or any other animals you have taken in. They may run off in confusion because it can be so harsh for them. Animals can experience trauma as well, and it can affect them for the rest of their lives. There is a significant difference between how pets are raised at home and how animals are raised on the streets, but neither type of upbringing is fair to any animal. Your animals gradually begin to feel like members of your family. It should always be the other way around because their loyalty and friendship only serve to strengthen their bond with you. Obviously, you wouldn’t abandon your kids in such a way, would you?

The puppy was left on the streets by her former owners in a box that stated, “Please help.” The poor creature sat there for who knows how many days, famished and praying that someone would come and save her. What a horrible experience for an animal! 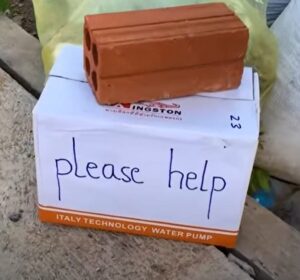 One day, Lika, a person who has previously saved and adopted puppies, stumbled upon this little pup’s box on the sidewalk. She immediately took the tiny puppy home, bathed him, and fed him after coming into contact with him when she opened the box. 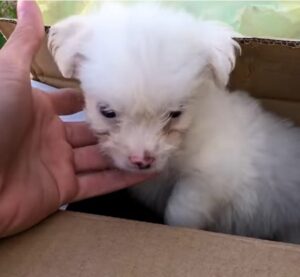 The small puppy had not been taken out of the box since being abandoned, according to what she had said, and was sick. She later made the puppy a bed so he could sleep soundly, and she continued to give him good care and attention until he was well and feeling better. 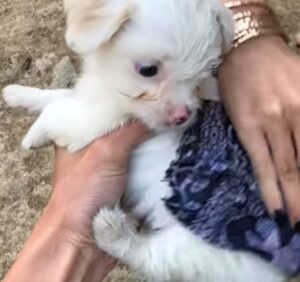 Now that he has been adopted, the little guy is living in a loving home with people who would actually treat him like their own child—something I can’t stress enough is essential for every animal you take in. 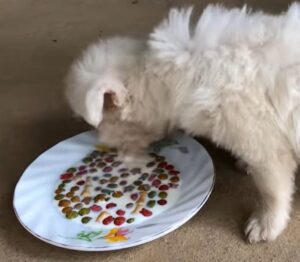 If you want to know more about Lika, she runs a Youtube channel by the name of Lika Loves Animals.