This story speaks about a poor dog called Judo, who was hit by a vehicle,which left him with many fractures in his leg. 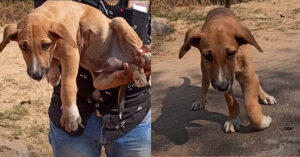 Judo had multiple fractures in his leg. He was rescued by RRSA India. Judo was hit by a car. 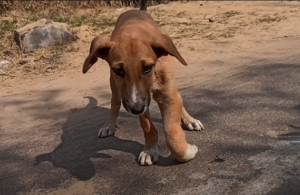 Dogs that have been hit by cars or suffered some other trauma..may suffer multiple fractures! 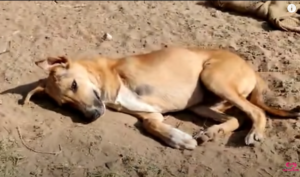 Judo looked so uncomfortable with his leg. His wagging tail showed his confidence. Judo was as strong as the eagle and that’s exactly what happened to this sweet, brave little dog. We sent him for a blood test and an X-ray. 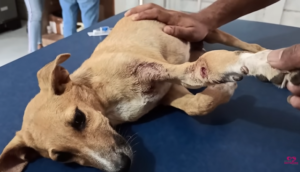 His workup was normal,but the leg had multiple fractures. we began by stabilizing the dog, which may require the use of intravenous fluids, analgesics, and antibiotics to prevent infection. we transferred him to a specialized veterinary hospital with high-tech surgical facilities.due to the serious risk of infection and blood flow, the vet decided to amputate his leg.we prepared him for surgery. we bandaged him to stabilize the fracture and relieve his pain… There are multiple fractures and also severe lacerations. 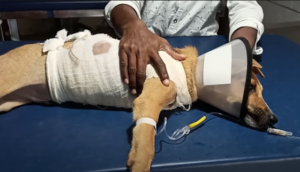 Unfortunately, it was too late for his leg as the veterinarian decided that the best thing is amputating the leg because of the serious risk of blood flow and infection.

We hope that he will be very well after the surgery as he really deserves a second chance.