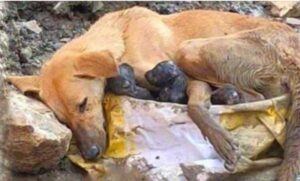 Pet Rescue Center received a call about a mother dog and her newborn puppies that were living in the bushes in extremely terrible weather.

Since it was raining heavily, they immediately went to the spot to rescue the mother and her puppies.

When they arrived to help the dogs, the mother dog was doing everything she could to keep her 20-day-old puppies warm and dry during the storm, and they were completely astonished! They removed the mother dog and her puppies right away in order to take care of them and give them the medications they needed. 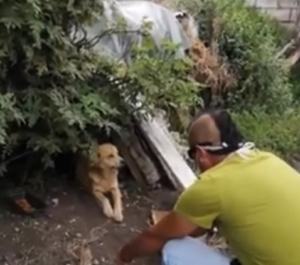 The mother dog, however, was a little hesitant to allow the rescuers to remove her puppies, but she then realized that they wanted to help them, so she showed her sweet and friendly side. 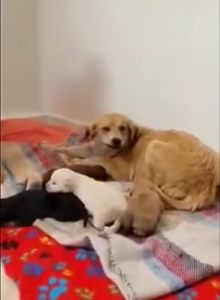 Thankfully, the mother and her dog remained in the shelter’s care until they were fully recovered. Then they were all adopted by wonderful families. What a happy ending! Watch the video down below.