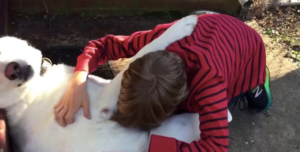 As we share more time with them, our pets become family. The dogs we love so much become an irreplaceable part of our lives. It’s no wonder why some people would give up everything for their beloved animals. 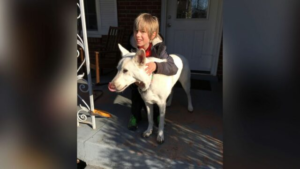 A mother documents her son’s reunion with one of his best friends after more than a year apart in this video.Bogart, the neighbor’s dog, had to live in another state while his owner was away, according to her.What was supposed to be a few months became months and months.Her son stood there crying as Bogart was driven away.He would frequently request that the dog return.

After some time, the neighbors came back and wanted to surprise the boy with Bogart’s arrival. They called him over and led him to the back yard, where the dog was. What happened next was the most heart-warming scene.