Animals that find themselves living in rescue shelters are often viewed as having something wrong with them, but enduring a lifetime of mistreatment or health complications should not be viewed as imperfection.

At this very moment, millions of animals from around the globe sit patiently awaiting the arrival of a savior who has the compassion and ability to meet their needs, and every now and then, there is a match that is so perfect that it seems as though the owner and their four-legged friend were destined to be together.

This sweet dog has a fairytale ending! Emerson, the unfortunate dog, had been in a bad shelter in Florida since he was 6 weeks old, where he [caught] a [parvovirus infection], which can be fatal to dogs if not treated. His life had been difficult, but he was saved and moved to Maine for treatment. 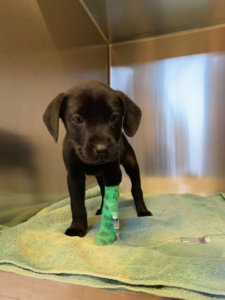 But luck was not on his side. As Emerson recovered, staff noticed something was wrong with him; they weren’t sure if Emerson was born deaf and blind or if it was the result of a seizure. All of the doctors and nurses are rooting for him! 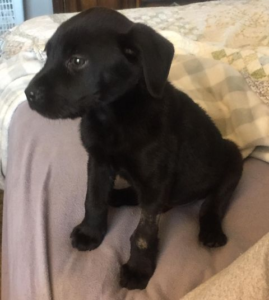 That is also why Emerson is not adopted; his siblings have all been adopted, but he remains orphaned! The staff there created a beautiful post about the dog in order for him to have a better chance of being adopted! 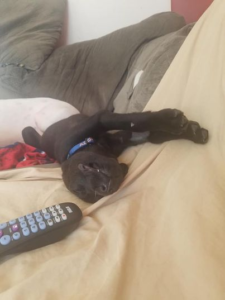 Finally, his message was delivered to the ideal candidate, Nick Abbott. They have a special bond because they are both deaf. When Abbott reached the door, Emerson appeared and sat at his feet. 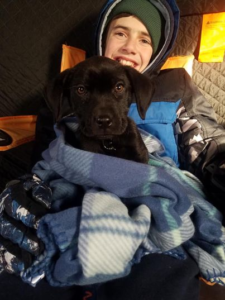 Abbott communicated with Emerson after teaching him visual commands. Emerson’s “s” sign evolved from the “sit” command.And “lie down” meant sweeping Abbott’s hand in a straight line across the room. 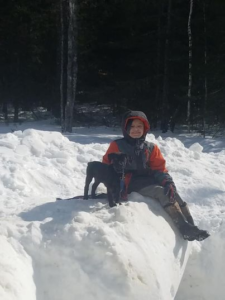 After all, Emerson has found someone who understands and sympathizes with him!What others saw as a negative aspect of this relationship turned out to be the most important aspect, and Emerson is now very happy with her new family ! 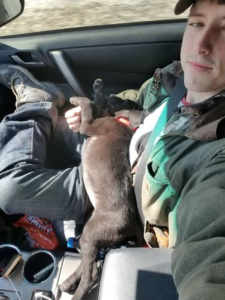 It was his flaws that led him to the ideal family. What a happy ending ! 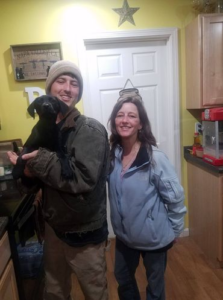