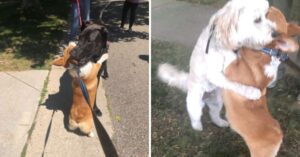 In general, dogs are highly devoted and charming. They have a large heart that is housed in a little body that can accommodate all the people they value. Additionally, they frequently have a sizable group of friends who also value them. Dogs are gregarious and like to mingle. Dogs almost always hang out in packs rather than by themselves. When it comes to creating friends and sharing love, dogs are at a higher level.

The cutest corgi ever was recently discovered by us. But instead of focusing on the corgi’s size, examine its heart. Wallace the corgi’s owner Noah Raminick provided some endearing information about him. Wallace, who is only a year old, has earned a lot of friends simply by showing everyone around him unrestricted love. Wallace loves taking walks and gives cuddles to every dog he comes across. View the sweet images of Wallace giving hugs and showing love by scrolling down.

Here is Wallace, a young boy with a big heart.
No matter how large the dog, he doesn’t hesitate to approach
Given that he has a heart-shaped nose, it’s reasonable to conclude that he was created to spread love! 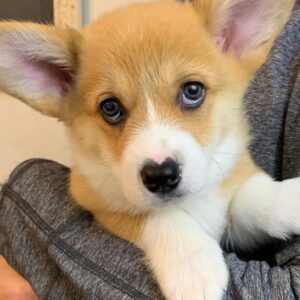 Wallace was given the middle name Casanova because of his heart-shaped nose. Who knew that his nose was merely a reflection of his inner character? He’s such a cute little sweetheart. Noah Raminick stated in a conversation with The Dodo:

We were stunned when he gave his friend Charlie the first hug. They were sharing kisses and hugs. We understood it was a “thing” when he later repeated the behavior with a few other canines he knows well. He loves to be cuddled in the morning and evening, play fetch, and be chased around the house by me.

Wallace is incredibly kind to other dogs. He is able to tell who desires a hug and who does not. 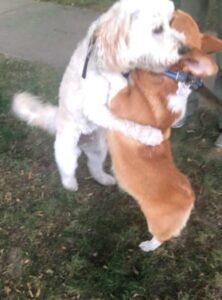 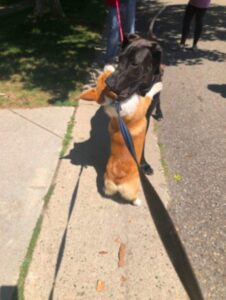 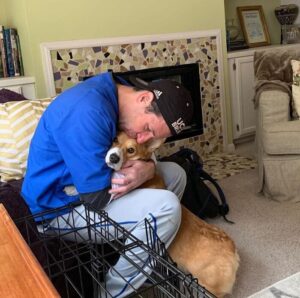 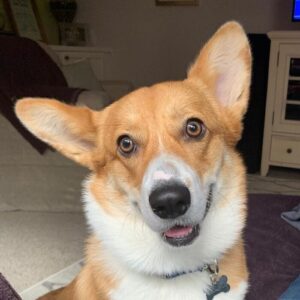