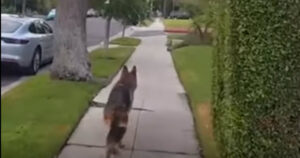 Although the weather was ideal for a routine walk, this dog owner wanted to mix things up and have some fun. He’s strolling down the sidewalk with his German Shepherd, enjoying the sunny day. The devoted dog has no idea that his owner has some tricks up his sleeve. 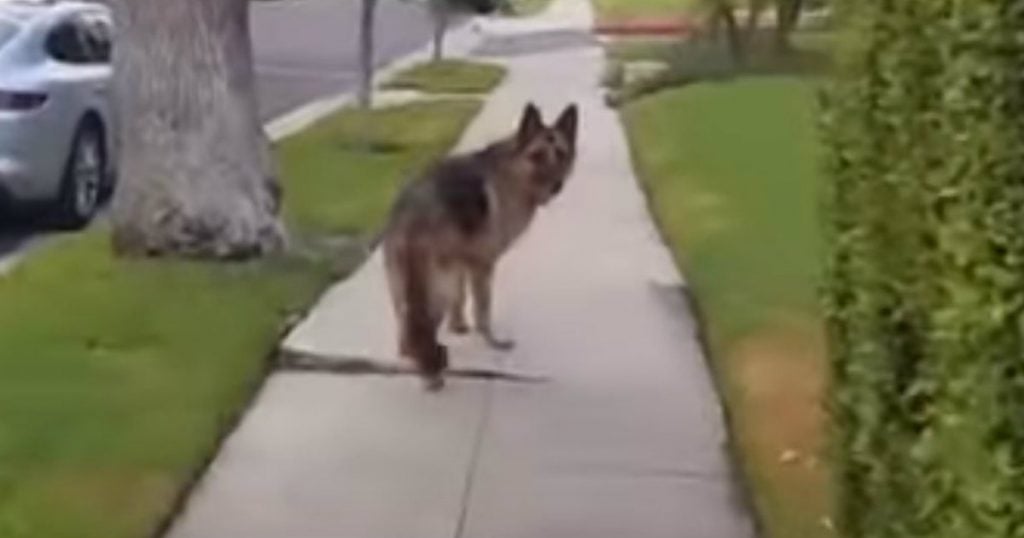 When his owner slows down, the dog turns to check that his owner is still there. It almost seems as though he thinks his owner is up to no good. However, he keeps going, happy to be out for a stroll. The German Shepard turned back, and his owner scurried behind a tree. The dog continued to walk, but he soon realized that his owner was no longer present. 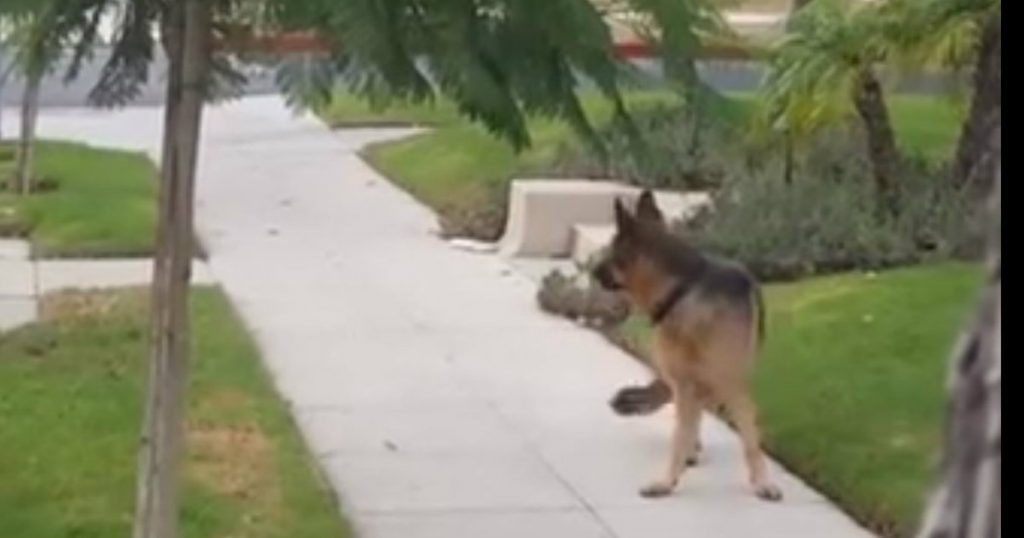 The poor dog was so confused when he turned around; his owner had vanished completely. The dog looked to the left, to the right, and then back in the direction he had been walking. How could he have gotten away? 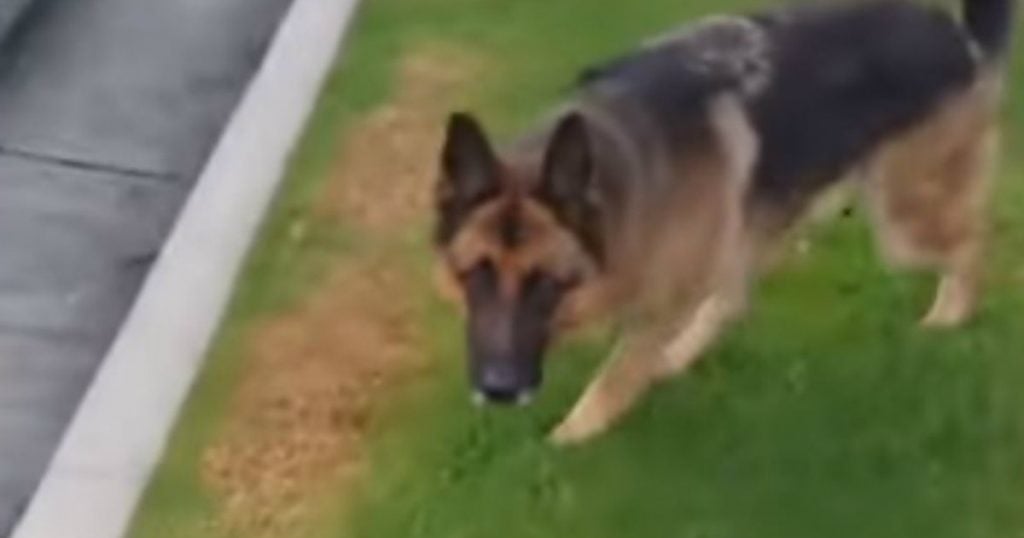 The dog tried to carefully retrace his steps in an effort to locate where he had lost his human, determined to find him. Sniffing, he moves toward the location where his owner is hiding. He wags his tail in delight to see his owner as if he has been missing for hours as he turns to look behind the tree and there he is! His owner chuckles at the way his dog reacted to the hide-and-seek game. The whole thing was amusing. What a fun trick to play on a dog!