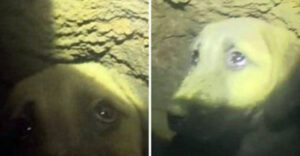 When residents in Beykoz, Turkey, discovered a dog trapped in a small borehole, they alerted authorities. The puppy was said to have been down there for almost a week. He is now free and protected. Nobody knows how the puppy was able to get down the borehole.
The hole was around 200 feet (61 meters) deep and less than a foot in diameter. 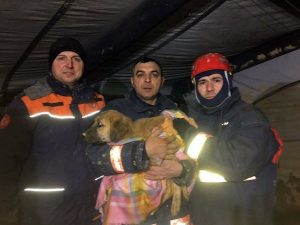 They had to figure out how they were going to get the puppy out of the group. They couldn’t just send someone down that small of a hole. They were able to set up a pneumatic climate tent with a heating system to keep the puppy safe from the elements. 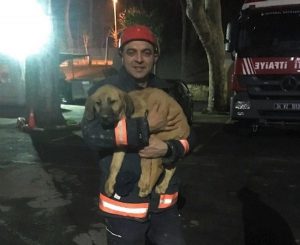 The animal rescue organization and firefighters were able to lower him some food and water. The story made national headlines. Teams worked for 10 days to get that puppy out. 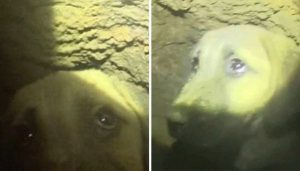 The country’s Energy Minister, Berat Albayrak, contacted a mining company for help.The company was able to lower a mechanized lasso into the hole and get the puppy out safely! 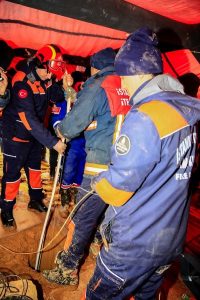 There were tons of cameras on the scene when the puppy was finally pulled out! It was a triumphant moment, and the firefighters and animal rescue workers all cheered!