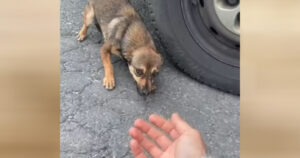 It is common to feel distrustful and frightened sometimes. Even for a dog! But pups never fake their love. They have the instinct to trust people with love. When a pup loves you it is not from the surface, it is deeper than you know ! 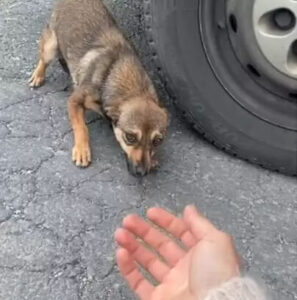 Animal rescuer Georgiana Neagu recently released heartbreaking footage of the moment she came upon the abandoned puppy while travelling in Romania.

The frightened dog is seen running toward Neagu after she stopped her car – only to cower and cry as Neagu reached out to her. The trauma the dog had endured, it seems, made her doubtful that someone would actually treat her kindly.

But once brought to safety, the little dog soon blossomed — licking Neagu as if to say thank you for making her feel safe enough to be her sweet self again.

“When I saw her I knew I had to take her home with me,” Neagu told The Dodo. “Unconditional love can heal every broken heart. She felt safe in my arms.” 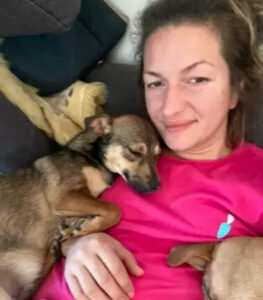 No one knows how the dog ended up in that perilous spot for certain. But it is clear that her future will be brighter than ever. 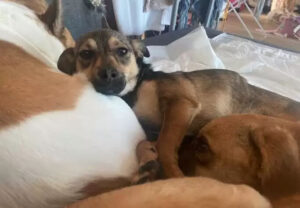 “She was named Paula. She is playing a lot, and she is glued to my shadow,” Neagu said. “She’ll be with me until she finds a forever home. She is around 11 months old and is a bundle of love.”