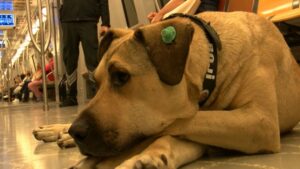 Every day, many people come into contact with dogs on public transport. The owner is usually around to look after the dog, but if the dog has a disability, a specially designated guide dog can be found.

But have you ever thought that some dogs like to travel alone?He one such case occurred in Istanbul, Turkey, where a stray dog ​​named Boji was spotted on public transport every day. walking around town. Boji is a very smart dog and has recently attracted the attention of locals for being able to use public transportation such as metro, trams and even trains on his own.

Meet Boji, a stray dog who enjoys taking the subway throughout Istanbul. 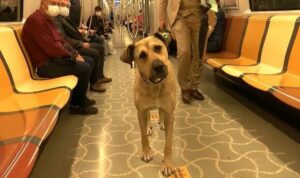 The dog was recently seen by locals, who began photographing him while he rode the ferry, trains, and even the metro. 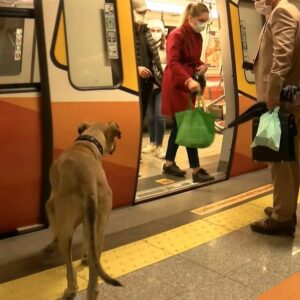 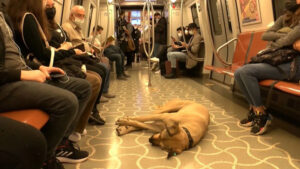 The dog is intelligent to the extent that he is aware of all the regulations governing public transportation and gives way to those getting off the train. He then waits for them and boards the train once it has been completely emptied. 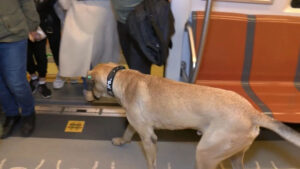 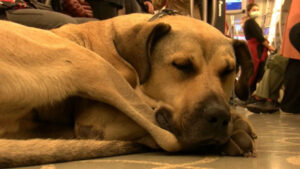