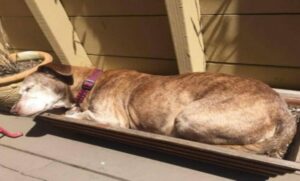 No dog should have lived the way Solo has. He was by himself and on the streets of Los Angeles for over a decade. As time passed, Solo’s condition worsened and he became too old to keep up with other dogs.

He eventually collapsed on a woman’s doorstep after being too exhausted and weak to continue walking. When the woman found him, she gave him the name Solovino—Spanish for “he came alone”—and requested assistance from Rocket Dog Rescue. 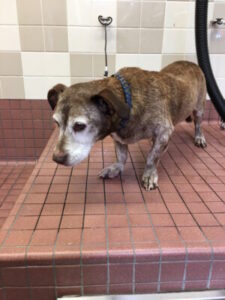 He was flown by the rescue to San Francisco, where he was placed with a foster family. Sadly, Solo was adopted out several times but kept coming back despite having done nothing wrong.

After seeing a picture of Solo online one day, Carol Messina knew she had to do something to help him.

Messina told The Dodo, “When I saw him and realized how unhappy he was, I knew he was going to be with me forever no matter what.”

Because of his past, Solo was extremely reserved and still didn’t fully trust people. He didn’t react to those around him in a normal manner, and if they petted him, he would flinch. 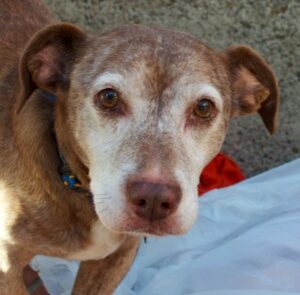 But Messina quickly realized that this was more of a hearing issue than a trust issue. It turns out that Solo had much worse hearing than everyone had expected- he was practically deaf. He didn’t feel comfortable with someone sneaking up on him when he couldn’t hear them coming, which is why he would flinch when anyone would touch him. 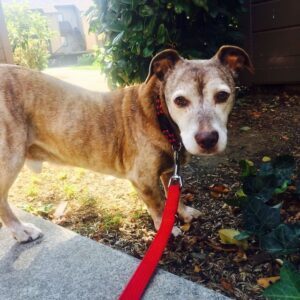 Also, he had terrible teeth that hurt a lot. He was fortunate to receive the dental treatment he required from Messina, as a result of which he behaved completely differently. It was clear that his behavior had also been impacted by the suffering. 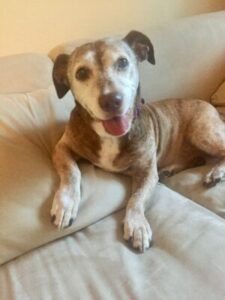 Currently, Solo is a very content dog that loves to run around outside and play with other dogs. Messina has also learned new techniques for managing the anxiety that his deafness causes.

He wears a harness that says “deaf dog” whenever they go for a walk so that strangers won’t pet him without asking. Additionally, Messina turns lights on and off when she enters a room to let him know she is there and avoid scaring him. 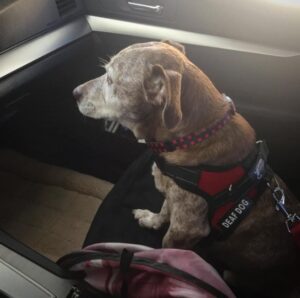 Even though Solo is getting older, Messina has given him so much life to live. He now can live the rest of his days in a loving home without ever having to worry about being homeless again. 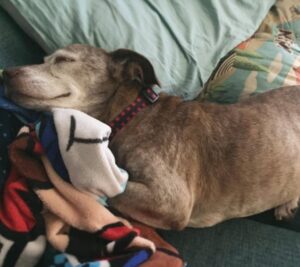 I’m thrilled with his development, Messina told The Dodo. He has motivated me to adopt other senior dogs who require hospice care since it is the best thing I have ever done with my life.