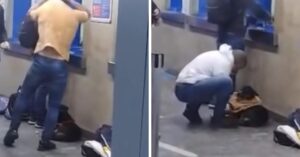 The phrase “giving the shirt off your own back” is one reserved for only the kindest of people. Plainly, it means that someone is so generous that they would be willing to take their own shirt off as a gift if it were to make someone else more comfortable. We all know the kind of person that would do this!

While it is one thing to be a kind and generous person to another human, it is something else entirely to be just as kind to a defenseless animal. Animals often aren’t treated with the same gentleness and kindness that they deserve. Thankfully, people like Felipe are around.

There are some people in this world who simply cannot keep on walking when they see someone in need.

These people are everyday heroes and should serve as an inspiration to us all.

A simultaneously heartbreaking and heartwarming video of a true show of compassion has gone viral after being uploaded to youtube.

In the video, a man spots a cold and shivering stray pup sitting in the subway station.

Upon noticing the pup, the man, Felipe, pulls the shirt off his own back in order to give the pup something to protect it from the cold. 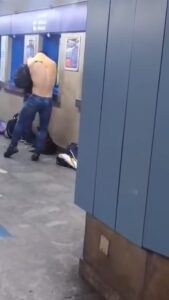 Fernando Gabriel and his brother Felipe were about to ride the subway in São Paulo, Brazil, when Felipe spotted the freezing pup.

The stray was sitting by the ticket counter and its little body was shivering with cold. 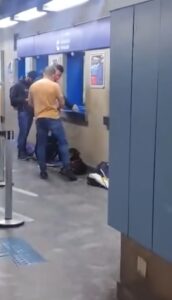 To Fernando’s surprise, his brother began undressing. First taking off his backpack, then his coat, then his sweater, and finally his t-shirt.

As soon as Felipe began taking off his backpack, Fernando started filming him, interested to see what he would do. 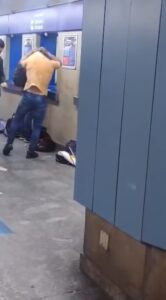 After pulling off his t-shirt, Felipe bent down and gently draped the shirt over the cold pup.

The pup was incredibly grateful, not only for the shirt but presumably for the unexpected attention and affection; in the video, the pup lights up with happiness and begins eagerly wagging his tail. 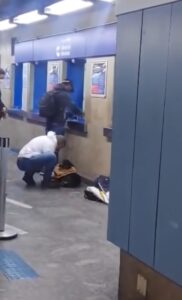 It was a small gesture, but it meant the world to this unfortunate pup and truly shows how impactful a simple act of kindness can be.

The video of Felipe and the little pup has been viewed thousands of times, and we’re sure that by inspiring others to take real action in their own day to day lives, Felipe’s kindness has already generated even more hope and positivity in the world.

What an inspiring thing to do! It goes to show the impact you can have on a dog’s life with a simple act of generosity.